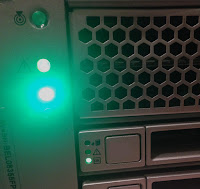 Well, two years later, I decided to upgrade v9os. As a result, after the noise of the servers under my ear I have a little bad hearing at the moment :). But iso was rebuilt with spring changes from the illumos (unfortunately the system is panicking after later commits, I hope to solve this out later).
Some things were fixed, some components were updated, pkg and caiman were moved to python 2.7. I’ve a more powerful server now and I hope that further updates will be forthcoming in this winter.
Site design was also a bit updated.
at October 31, 2018

Thanks you to much for produce new version of Solaris/Illumos V9-OS, i love your work is real fast minimal order OS of Unix galaxy.
I hope one day you explain HOW TO MAKE :D https://www.youtube.com/watch?v=0PkQMW0yd4o

Thanks for continuing the V9-OS your distro work is a moment I look forward to install. I try new V9-OS inside Blade 1000, dual processor Sparc III+cu 900Mhz with 2Gb RAM and 400Gb HD FB from HP (yes i need more space) and Elite 3D. I found difficulty to recognize Hard Disk for use with V9-OS, same problem with Solaris 10/13. I resolve to boot with OPENsxce immediatly recognize and configure my disk. After with all installation is perfect. I whant to ask is possible to CREATE V9-OS with V9-OS ? ^_^